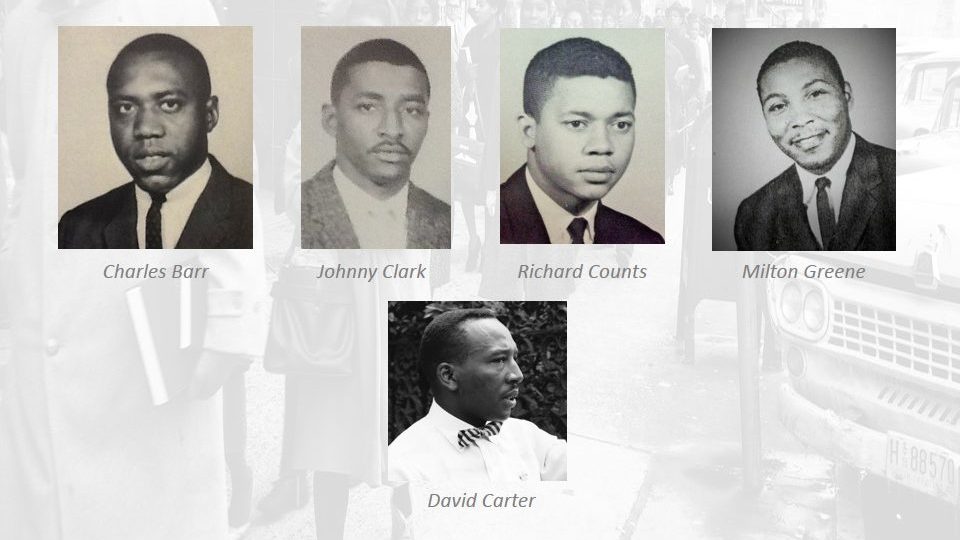 The men who conducted the sit-in.

Charles Barr, Johnny Clark, Richard Counts, Milton Greene, and David Carr conducted a sit-in at Taylor’s Drugstore in Columbia. They were arrested for trespassing for sitting at the whites-only lunch counter. The United States Supreme Court overturned their convictions in Barr v. City of Columbia. The case was part of a group of cases, including Bouie v. City of Columbia that upheld the rights of sit-in demonstrators.