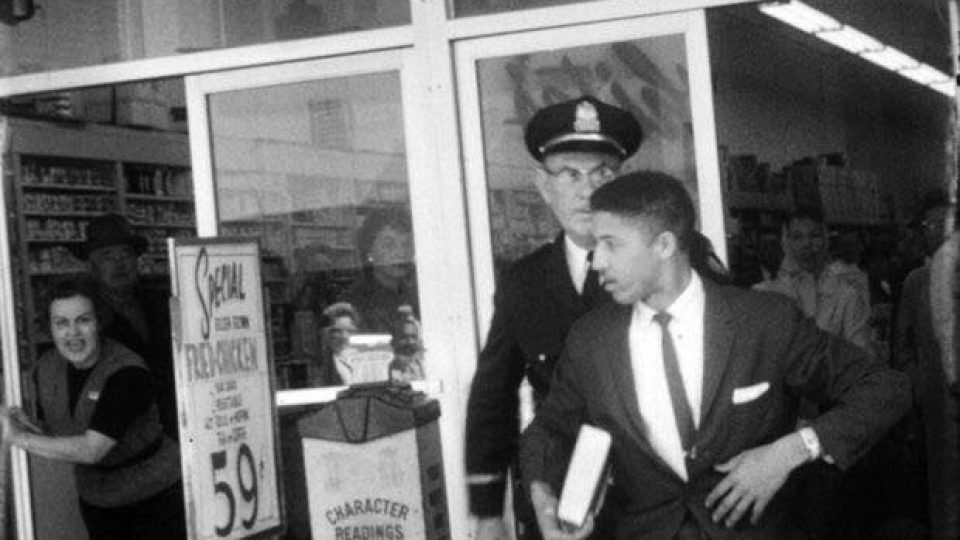 Simon Bouie is arrested at a sit-in.

Two African American college students, Simon Bouie of Allen University and Talmadge Neal of Benedict College, led a protest march to the Eckerd’s luncheonette. The pair, inspired by student sit-ins in Greensboro, North Carolina, were jailed and convicted for refusing to leave their seats after being denied service due to their race. In Bouie v. Columbia (1964), the United States Supreme Court overturned the students’ convictions. The sit-in demonstration was part of broader protest movements against racial segregation in Columbia and the nation.