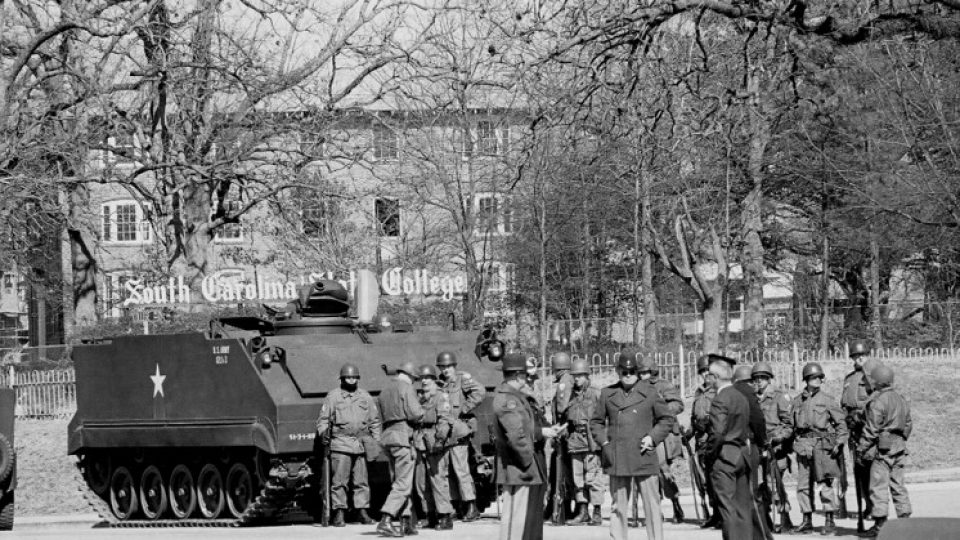 Troops gather near the campus of South Carolina State.

Following the protest against a segregated bowling alley two days before, hundreds of students gathered on the campus of South Carolina State. Highway patrolmen opened fire on the unarmed students killing three and injuring dozens more. Activist Cleveland Sellers was the only individual arrested and convicted as the instigator of the massacre. He was pardoned 25 years later.